Almost getting desperate in Helsinki, since there were no Bollywood premieres happening during spring.

But now we have the film Tanu weds Manu returns

This is a sequel to the film Tanu weds Manu, the main role of which will be played by this years award-winning, charming and temperamental actress Kangana Ranaut.

Tickets for the film you will get from Tiketti

Another Bollywood premiere in Helsinki will be 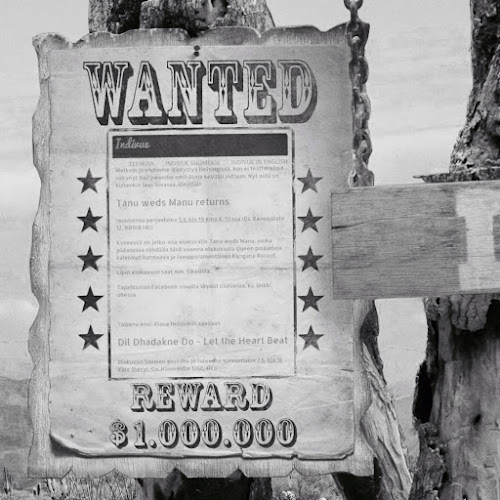