Priyanka Chopra is perhaps the most famous Indian actress working outside India also. Although born in 1982, we have seen her in almost sixty movies already, any in many of those films she has had the mainrole. Nowadays people in America see her also in TV series called Quantico.

BEST OF 5 OF PRIYANKA CHOPRA MOVIES

Fashion is a movie directed by Madhur Bhandarkar, which reveals the facade of the Indian fashion world. This eventful movie has lots of glitz and Priyanka Chopra and Kangana Ranaut in the leading roles.

The title 7 Khoon Maaf means seven murders forgiven. In this movie, directed by Vishal Bhardwaj, Priyanka has had one the best performances ever. The movie deals with relationship problems and religious issues almost ironically.

Barfi! is a pretty movie from the 70’s in which Priyanka Chopra plays the character of an autistic girl. Indivue considered this much rewarded movie as the best Bollywood movie of 2012. The movie tells about the sincerity of disabled people in a very touching way.

Find the movie and the trailer here: Dil Dhadakne Do – Zoya Akhtar

Dil Dhadakne Do, directed by Zoya Akhtar, tells you about the joys of the modern Indian relationships and marriages, as well as the fights also, but in an entertaining way. It is little bit like a Big Brother filmed in a cruise ship, but from a dogs point of view.

Bajirao Mastani, directed by Sanjay Leela Bhansali, is a visually impressive Bollywood movie with excellent music. You can watch it more than once, because Priyanka and other stars really shine in this film.

The music from the movies is provided by Apple Music.

These albums and songs can also be found separately in iTunes:

Find more of the Best of Bollywood here

The movie Dil Dhadakne Do spoke to married people and doglovers in a humorous way. Pointing out gossipers. 3 stars for the movie #DilDhadakneDo  *** 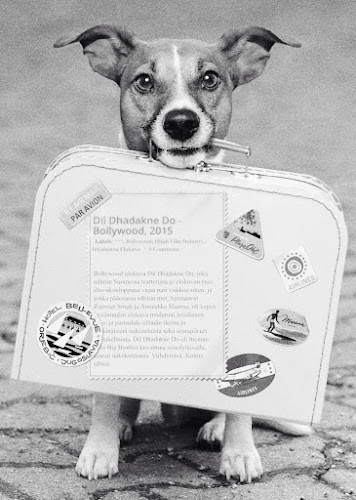