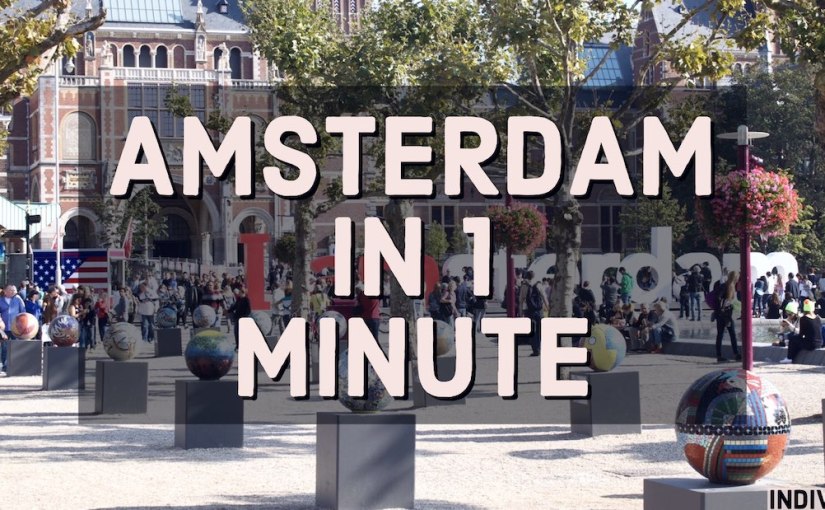 Today you can see the traveller’s Amsterdam in one minute –

You can see the unique architecture of Amsterdam and the various boats and house boats during a lovely channel cruise.

You will also peak in the Red Light district during dark. During daylight you will see many nice street cafeterias of Amsterdam.

The video will also pop in the Van Gogh Museum which is one of the best sights in Amsterdam. Few other art districts and museums will also be seen, like a sex museum and Anne Frank -museum, with its 45 minute long queue.

But what would a one minute video about Amsterdam be without tulips and other flowers – they cheer the rider on the railing of many bridges in Amsterdam, as you can see in the video.

Note: This video contains fast moving images, which may disturb the balance of the most sensitive viewer.

This unstaged video about Amsterdam in one minute depicts Amsterdam very much like it is, and the video is part of Indivue’s Travel Opus to Europe, which you can read in the link attached!

You can find Amsterdam and the travel opus in Finnish here.

Digital content creation; Travel and art and culture - Online since 2005 View all posts by INDIVUE

One thought on “Amsterdam in one minute (video)”